You must be registered for see links 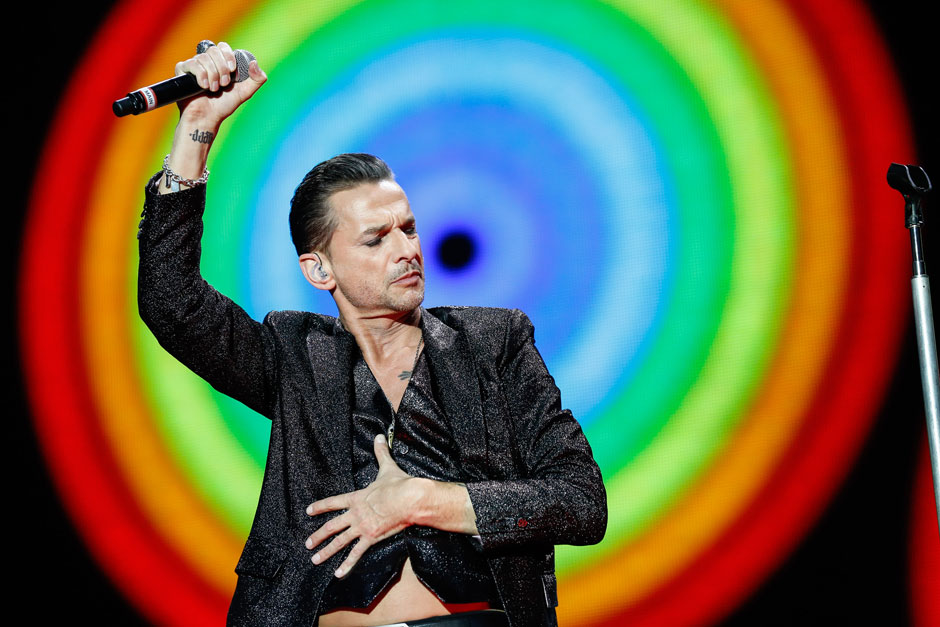 Douglas J. McCarthy is the Nitzer Ebb frontman and EBM innovator who
You must be registered for see links
, making him the perfect person to catch a brief chat with Dave Gahan about Berlin and klepto performances. Above: photo by Markus Nass, taken in Berlin shortly after this conversation took place.

Berlin was always special; Daniel [Miller], Gareth [Jones], Hansa [Studios], and everything, it’s your first scene.
Berlin was our first, really. Essex boys, like going somewhere and really planting ourselves there, and kind of being a bit overwhelmed by it all. In Hansa Studios where all the people who were kind of gods to us—Bowie and Iggy, you know—had done work there. So, always when I come back here, all those memories come up, to be honest. Because we had really good times, we had a laugh. We used to really tear it up, did very little work, left it up to Daniel and Gareth—and Alan [Wilder], of course, would keep busy—but Martin and myself, usually by about four in the afternoon would get going, and by sort of two o’clock, “Let’s go out, then.”

And Olympiastadion, you played it, was it the last time was the first time?
I don’t think we’ve ever played it before.

No, you did.
I did not know that. Not the last tour though? Oh it was? I thought I recognized it when we pulled up. To be honest, I wasn’t sure, it was a bit weird for me that last tour, because we sort of started, stopped, and then started again. The first month of starting up again was a bit surreal. I learned a lot from it, though. That’s the way you’ve got to do it. Every show is just what it is, don’t think about tomorrow, yesterday’s done. I’m getting too old, a couple of hours on stage there—plus now, a little bit more than that—and you’ve got to pace yourself. Christian [Eigner], who plays drums with us, he’s always looking at me, “Take it down, we’ve got another hour,” [laughs].

It’s hard, though, because everyone’s going mental.
Yeah, exactly. It’s kinda cool though, I’m learning a new thing, after all these years. I’m really learning to just take the music in, and let that take me where it’s supposed to go. I started learning it on the last tour. I saw footage of myself—I hate watching myself, anyway—but I started to think, it comes across as really desperate. Even though I don’t feel that, but taking a step back has allowed me to feel what I’m singing, all that kind of stuff, and when it goes off, I go off with it.

Yeah, with this solo stuff, I’ve really felt it as well. Honestly, I took a lot of influence from when I saw you on that last tour, of just very subtle movements, but you don’t have to put too much into it.
It’s all these little nuances, and I’m a total klepto of other artists, whether it’s Bowie or Jagger or Iggy Pop, you take little pieces of everybody, but Bowie in particular, he was always really very still, he could do a lot with an expression. Jagger’s the same, in a way, he looks like he’s doing a lot, and he is a lot of the time, but also there’s little nuances there. Facial expressions, you can get into it, it’s kind of fun. We’re playing a game up there, playing a role.~

Douglas McCarthy
You must be registered for see links
in Copenhagen, Paris, and Hamburg.