101 (Blu-ray + Photobook) | dmremix.pro
Menu
Log in
Register
You are using an out of date browser. It may not display this or other websites correctly.
You should upgrade or use an alternative browser.

The Blu-ray disc is based on new 4K scans of the original film reels and contains "A Question of Lust", "Sacred" and "Something to do", three Depeche Mode tracks previously only released as audio versions, and the official "Everything Counts" promo video.

The Photobook edition also includes a download card to access 4K downloads of the film and bonus recordings, as well as 24-bit audio files of the "101" concert. 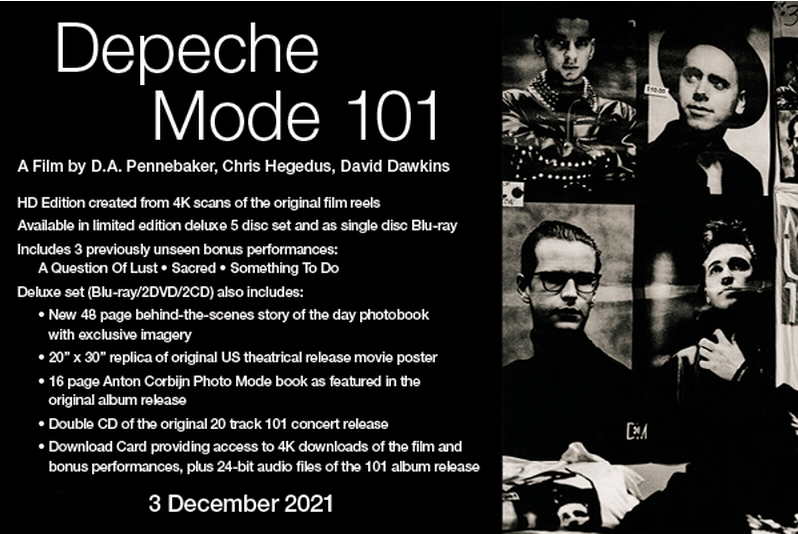