No Romance In China (Demo Tape) 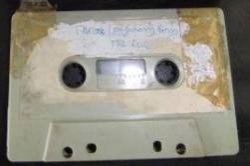 Television Set was a song played by the band at virtually every gig during 1981, usually as their opening number in the first 6 months of that year. It was a firm favourite amongst fans at live gigs during that period. At the time many considered it DM's best song. When asked why it wasn't being released as an obvious choice for a single, the whispered reply was "Vince didn't write it". The origins of this classic song remained shrouded in mystery for years but the songs existence has always been well known to Depeche Mode fans through live bootlegs from this period.

'Television Set' was written by Basildon musician Jason Knott. Jason was in a local band called 'The Neatelllls' (spelt with 4 L's) which also included well know Basildon drummer Peter Hobbs. Although they never actually formed a band together, Jason, Peter and Vince Clarke did rehearse together a number of times and this is how Vince got to hear the song.

Vince took the song through a number of incarnations, firstly a recording with friend Sue Paget (his bandmate in "No Romance in China") with Vince on guitar & vocals and Sue on Bass. The first ever live version of TV Set was performed at 'The Double Six' Pub in Basildon at 'No Romance in China's ' only gig featuring Vince, Sue & Peter. A second recorded version was a solo demo track made by Vince, sounding completley different, made with a synthesiser, drum machine and Vinces vocals. Finally, Vince introduced the song into his new band Depeche Mode. 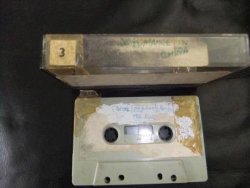 The photo shows the original cassette by 'No Romance in China' that contains their recording of T.V.Set. As you can see its has been recorded over a copy of 'The Cure's Three Imaginary Boys', Vince's favourite band at the time. Many thank's to Sue for providing the photo.