Dave Gahan - A Little Lie | dmremix.pro
Menu
Log in
Register
You are using an out of date browser. It may not display this or other websites correctly.
You should upgrade or use an alternative browser. 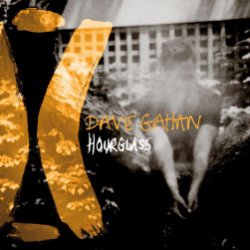 Administrator
In a long promo interview in September 2007, Dave Gahan was asked about every song off 'Hourglass' including this one:
"That kind of like reflects to me on, the one song that like reflects a lot on the past, just you know kind of like, pretending, and then confessing to that, you know, pretending to be something that I'm not and then getting stuck there, but actually kind of confessing to it kind of cathartically sort of removed it from my shoulders somehow. But also musically I wanted it to be this big kind of bombastic sort of idea that then, got really small in the verses, and yeah, that's what the song's about. It's also kind of like again it kind of like reflects on you know, the lies that I think have, I don't know, like I'm tired of listening to politicians and religious leaders you know and whatever tell us how it's supposed to be, or what it is we're supposed to be doing or believing in. It's almost like you know, the power that they have over us is fear. I refuse to live there."

He also said in the press release for 'Hourglass':
"It has a John McGeoch/Siouxsie Sioux kind of vibe to it. It's very gothic, and of course there's nothing wrong with goth. It's like those songs that have real highs and lows and take you to an odd, sort of ethereal place. A lot of Depeche songs have that feeling; Martin and I are very much minor chord people. The beat is a sort of swamp crawl, something from the deep South, which comes from me listening to John Lee Hooker and Muddy Waters. I was poking fun at myself a bit in this song, using this really bombastic opening, and then singing about how the time for that has sort of passed."