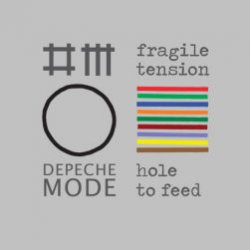 Staff member
Hole To Feed (Studio Outtake)
This version was leaked on March 2, 2009. This is an early, strongly synth-driven studio outtake of the track. The last verse does not have vocals; Dave instead hums the melody of what the vocals would sound like (unfortunately, the clip below ends before this section). It is possible the track's lyrics were still in development at the time of this recording's production. Transcribed lyrics of this version are below; there are some differences compared to the album version.